Day 1 (What is Black Lives Matter?)

This week we are going to be planning and writing a 500 word story to enter into the competition above!

The Black Lives Matter movement started in USA in 2013 after  a 17-year-old African American boy called Trayvon Martin was walking home and was shot and killed by a neighbourhood-watch man. The man who shot Trayvon was charged with murder but was found not guilty. After the trial a lot of people were angry that the man was not found guilty and protested. It was during this protest that the Black Lives Matter slogan was created.

There were some more protests in USA again in 2014 when two more African American men were killed by police men.

Here is a helpful comic strip that explains what the phrase Black Lives Matter means: 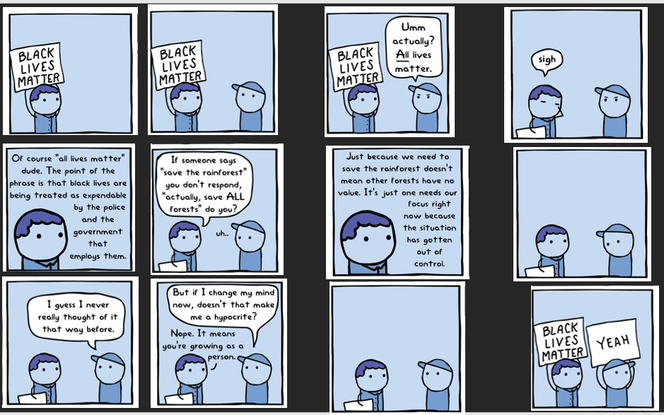 Read more about the recent protests in the news story and information below.

Then read about Malcolm X, a famous Black Civil Rights Activist from USA who we have been talking about in class recently.

Why not design your own Black Lives Matters poster.

Finally - read more about the competition using the link below and we will start to share ideas tomorrow.