Our topic this term is the Vikings vs the Anglo Saxons. The children had to make a Viking Shield. Thanks to all the Parents/Carers who helped their child to design and create amazing shields.Well done to all.

Some Year 3 and Year 4 children played in a cricket tournament and did extremely well. They came second and they demonstrated teamwork, self belief, honesty, respect, passion and determination. We are proud of you. Well done team!

Year 4 children took a trip to  Worsley Delph to see the underground canals and learned lots about their area.

Worsley Delph and the Bridgewater Canal

Y4 children role playing Jesus choosing his apostles to be part of his community. 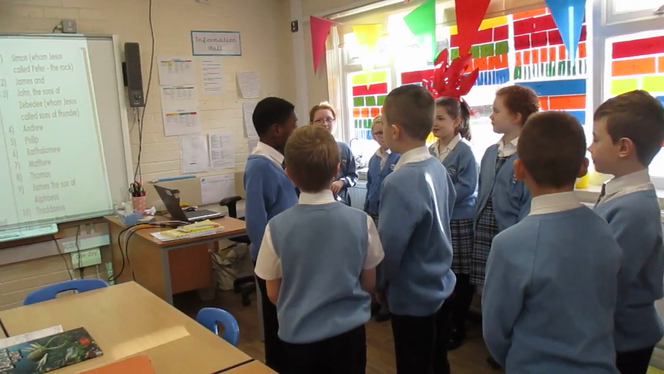 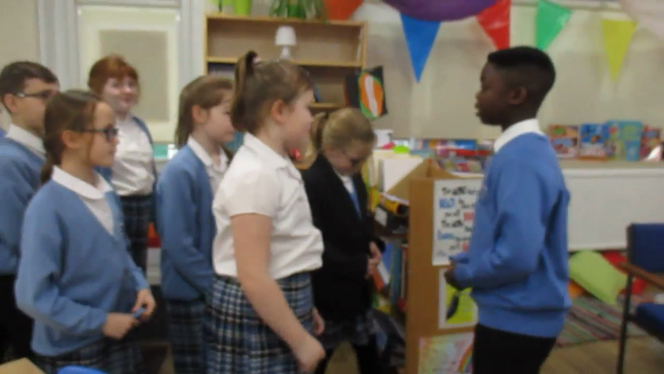 In Design Technology  the children were leaning how to make boats and they were doing investigations to see which shape was the best to hold cargo.

Year 4 learning how to make quiches in Food Technology. They are thoroughly enjoying themselves.

Year 4 have started their gymnastic session for this half term. They did tuck shapes, arches, stars and pencil shapes. They travelled in a variety of ways and worked in pairs on the apparatus. It was very much enjoyed by all.

GREAT END OF TERM CELEBRATION OF THE ANCIENT GREEKS

The children had a fantastic time today being Ancient Greeks. They did Greek maths calculations, modern Greek dancing, food tasting and a mini Greek Olympics without the sacrificing of course.

Here we all are in our togas and chitons.

The Javelin and Running Event

We are studying The Ancient Greeks and in the movement lesson the children did work on Theseus and the Minotaur. They formed boats.

We have been finding  out about Family and looking at Jesus's family tree.

The children looked at the story of  Jacob and Joseph and did some drama based on the story.